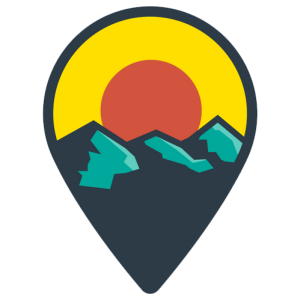 Pirahã Language: A unique language that has no numbers or colors

The Pirahã live in the Amazonian jungle and speak a language unrelated to any other extant language.

Disclaimer: This article is based on the book “Don’t Sleep, There Are Snakes” by Daniel Everette, and the summarizing of the book was done by Blinkist and we wanted to share this special interesting article with you.

don’t sleep, there are snakes

We’ll know shortly why the phrase “don’t sleep, there are snakes” is indicative of the Pirahãn mentality along with how the Pirahã use word endings to indicate evidence behind their statements and why endangered languages like the Pirahã language should be preserved and studied.

Can you imagine what it would be like if you had no words to classify the colors you see? What if you didn’t have numbers? It would certainly alter the way you interpreted your surroundings.

If you saw six snow-white doves nestling in a dovecot, would you think of them as “six,” or even as “snow-white”? This might sound like a frivolous thought experiment, but for the Pirahã, a people in the Amazonian jungle, this is simply how things are.

We use language to conceptualize the world as we see it. Imagine not having a word for “worry” because no such notion exists. This is true of the Pirahã. It’s not that their lives aren’t without hardships, they just conceive of the world differently.

Researchers from MIT, in collaboration with the linguist Daniel Everett (one of the few non-native Pirahã speakers in the world), have released a study based on the largest collection of Pirahã sentences ever compiled to date.

The Author of the book

The author, Daniel Everett, spent many years living with the Pirahã, isolated in the depths of the Amazonian jungle. This story isn’t a patronizing look at how these people are different from our Western norms; rather, it’s a fascinating account of their language, and how it is vastly different from anything we might be accustomed to. We will also see how their language shapes, and is shaped by, their perspectives on the world around them.

Who are the Pirahã

The Pirahã are hunter-gatherers who live along the Maici River in the Amazonian jungle of northwestern Brazil. The Pirahã language is the last remaining dialect of the Mura language group.

The Pirahã are monolingual and probably moved to the area after their language developed. We’re confident of this because they use Portuguese loanwords, probably picked up from other tribes, to describe some of the native species of monkeys.

It’s not an easy life in the jungle – the Pirahã are a tough lot. But they also happen to be among the happiest people you’re likely to meet.

Anthropologists who have spent time with them were asked to assess them in terms of how much time they spent laughing and smiling compared to other cultures they had encountered. The carefree Pirahã reliably came out on top.

The worldview of the Pirahã is perhaps best summarized by how they wish each other “good night.”

They have several ways to say this and one of them is “don’t sleep, there are snakes.” While this is quite a peculiar way of wishing someone sweet dreams, it’s also quite matter-of-fact.

First of all, poisonous snakes do slither about in the Amazonian jungle, and the Pirahã’s bedtime advice is their way of saying that if you don’t keep your wits about you, you won’t last long. Second, it shows us how they treat sleep; they may not sleep the whole night through, but they certainly don’t lie awake paralyzed by fear, either.

Late-night conversations can be heard in the open huts, and the night air is regularly punctuated by laughter – a sign of the Pirahãn way of life.

They don’t use numbers

The Pirahã don’t use numbers and have no form of counting as we know it.

While living with the Pirahã, the author, Daniel Everett, received his field supplies every eight weeks, but the Pirahã would constantly ask him when the supply plane would arrive. While this initially confused him, he eventually understood: they were astounded by his ability to know the exact day the plane would arrive.

This fascination was due to the fact that the Pirahã have no system for counting. Instead of numbers, they use comparative terms such as “bigger” or “smaller.” To them, two fish are “bigger” than one fish, just as one large fish is “bigger” than a minnow.

What’s more, they don’t represent numbers using physical signs either. At one point, Everett held out two fingers to indicate the plane would arrive in two days – but this meant nothing to them.

However, the Pirahã wanted to be able to handle money and ensure that they wouldn’t be fleeced by traders on the Macai River, so Everett set about teaching them numeracy. But they just couldn’t grasp the concept, even after months of evening classes. Not one of them learned to add 1 + 3 or even 1 + 1.

Everett conducted experiments with psychologists and was subsequently able to demonstrate that this was simply not how the Pirahã envisaged the world.

And don’t have colors

And it wasn’t only with numbers that he found the Pirahã were different; they also lack names for colors. This isn’t to say that they are colorblind, they just don’t categorize the color spectrum into more subtle or specific colors such as teal, tan or taupe.

We might think it natural to be able to distinguish and name the tones on our paint swatches – but it isn’t necessarily. Just as with numbers, the Pirahã conceive of colors in relative terms. That is, something can be “darker” or “like blood.”

The use of suffixes

The Pirahã Language is as distinctive as those who speak it.

The Pirahã haven’t had much in the way of contact with other cultures. As a result, they value first-hand experience and knowledge above all else. This may be why missionary Christians have had such a tough time trying to bring the gospel to them!

Their matter-of-fact engagement with the world is echoed in the fundamentals of the Pirahã language. Let’s consider their use of suffixes, the particles added to the end of a word to modify its meaning. Take the English suffix “-ful.” This creates an adjective from a noun and gives the quality of “fullness” to it, as with “beautiful” or “colorful.”

The Pirahã use suffixes differently. Suffixes denote how much evidence the speaker has to support what she is saying. Linguists call these sorts of suffixes evidential, and they are a highly productive way of speaking. A Pirahãn evidential, of which there are three, can convey information for which an entire English sentence might be needed.

Let’s consider how the Pirahã express “Your boat has a hole in it.”

The first type of suffix denotes hearsay: “I know it because I was told it.” The second indicates observation: “I can see fish swimming in it.” And the third, deduction: “I can see your boat sinking, so it must have a hole in it.”

Straight to the point, no small talk

“Hello,” “how are you?” and “my pleasure” are examples of phatic communication. They don’t give us any new information but they do pragmatically reinforce social mores.

The Pirahã don’t go for this way of speaking. Instead of expressing thanks, they tend to reciprocate the kindness at a later date.

The Pirahã also speak much more directly. Questions are direct, such as, “Where is the firewood?” Declarations are equally categorical, for example, “It’s down by the river.” And commands are just that: “Go get the wood and bring it here.”

The environments in which we live determine how we see the world, interpret our surroundings and interact with one another. Languages articulate these interactions but are also shaped by them, making every culture and language unique. When a language or dialect dies out, we don’t just lose data for linguists to sift through, we also lose valuable human knowledge and unique cultural perspectives.

Widget not in any sidebars 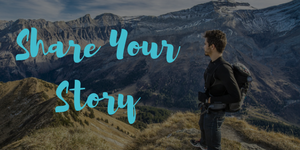 “It’s time to stop. We are meant to connect an